The Other Side of Grief

I've debated for weeks whether to write this post or not. It feels (and is) very raw and vulnerable. But after having similar experiences with different people, I've decided that I want to write it. I want to write about the other side of grief. The kind that doesn't show well, the kind that makes people uncomfortable because it disrupts our tidy views. It wasn't easy or comfortable to write; in fact, I cried through most of its writing. And if I get to a point where I quite simply feel too exposed, then I'll take it down.

I ran into a friend at the mall today who recently lost her brother. He was twenty-seven years old. Far too young with too much life to live. Matt and I had the privilege of going to his service a few weeks ago and we immediately fell in love with their family even though we had never met them before. It's the type of family that made us say: a) we want a big family, and b) we want to be as close as they are.

My heart ached and ached for their loss all throughout his service. I found myself crying almost the entire time, even though I never had the chance to know him. At one point I literally wanted to stand and wail and mourn for their indescribable loss and grief. I cursed the American way of grieving in my mind - so solemn and composed. I wanted to immediately implement the Jewish and Middle Eastern customs of grieving with wailing and tearing of the clothes and pouring ashes on the head.

Since we have begun our own grief journey I have noticed this subtle mindset that so many have about grief. The more outwardly composed and collected we are, the more praised we are for "being strong" and being a light and example. An example of what? Not collapsing on the floor in gut-wrenching pain and weeping that leaves our eyes nearly swollen shut and our faces red and blotchy? No, we save that for the privacy of our bedrooms.

As my sweet friend and I talked I realized we shared many of those same experiences. People praising her for being strong. People commending her because she looked like she was moving on because she happened to get dressed and put makeup on that day. I loved the way she confronted the last person who told her that. It's a front, she said, I'm actually living in a black hole right now.

Because people don't see the other side.

They don't see the sleepless nights and the nightmares and the constant replay of your worst memories: the still heart where there should've been a beating one, the moment she was placed in your arms and all you could cry was, You're so beautiful, you're so perfect, the kissing of her head over and over, the soaking in of her face knowing you'd never see it again, the handing her over for the final time, the collapsing on the bed in tears because you don't know how you will live through this pain. They don't see the crushing of your heart when you see someone who has what you should have. They don't see the tears rolling down your face night after night, the thousand different places in this city that you've cried and then pulled it together as you pulled into the church parking lot. They don't see the anger and the desperate questioning and the item thrown across the room because you can't stand the pain and anger anymore. And they don't see that it doesn't stop. That nine months later you're still so freaking sad and angry that you realize for the first time that grief is a long, long journey and you're just getting started.

I'm comforted when I find in the Bible the same gut-wrenching pain that has become so familiar to me. None of this ridiculous composure and "staying strong" and being the poster child for handling grief well. Isaiah tells me that Jesus was a man familiar with grief and sorrow, and when Jesus wept the original language describes for us the type of weeping that is from the stomach; you know, the kind that doubles you over.

Jesus is near to me. He is with me. He has never left me. I have laid in bed and pleaded with him to please show me his love and kindness because it felt so far and, even at times, not true, and my God, the one who leads the stars out in number by name, has done just that. He has shown me indescribable love and kindness. But it doesn't erase nor exempt me from the grief experience. Nor any other believer. Yes, God is good, but death isn't. He tells us in his own Word that the last enemy to be destroyed is death (1st Corinthians 15:26). Yes, death is an enemy. And we can have every type of visceral reaction to it that soldiers have in battle at enemy lines. It is not tidy. It is not comfortable. It doesn't make for easy conversation or even relationship. It reshapes what you thought your life would be like, look like. It is inescapable.

When I talked to her today my eyes filled with tears as she spoke and shared how angry she's been, and I told her I have been as well, and I told her that's ok; it's part of the process. No, we don't want to stay there and become embittered but we don't have to have a quick palatable response to everything either. We don't have to defend God or try to make it go away for the other person. We can simply say, I know and I'm so sorry. I've been there too. I'm there now.

Someone shared this perspective not long ago and it's stuck with me. How much would I love it if my children came to me when they were older with their real problems and questions and struggles and sin, more than if they simply always told me the "right" thing so that I somehow felt better about them? I love my children desperately and nothing could ever separate me from loving them. I crave relationship with them, not a surface appearance of them doing the right things but me never actually knowing them, truly knowing them. And it makes me wonder how much more so our Father? He's not looking for us to have our spiritual ducks in a row first. He's not looking for us to redeem our own pain and experiences. He is the Redeemer. He is the one who sanctifies. He is the one to work out all things for good.

I think people who suffer and grieve have such deep faith because the believing doesn't come easy anymore. It's been purified in the Refiner's fire. We can no longer say that God is good because our lives are going how we think they should; we now say God is good because He is simply good. Because it is who he has been for all of Eternity and he is incapable of being anything other than himself in all his perfection. His goodness isn't true because we have good gifts. His goodness is true because it is who he is.

Yes, my faith is deeper. My belief in God and his Word are stronger. But it's not without severe pain and wrestling.

And something tells me that there are some of you who can relate. And I want you to know, It's ok.

Sara
I am a wife, mama, bereaved mama, follower of Christ living life in beautiful Montana. In April of 2013, we lost our daughter at 30 weeks and 1 day in my belly. I often write about our journey navigating her loss and living our new Normal. These are my stories, welcome to my life. I'm so glad you're here. 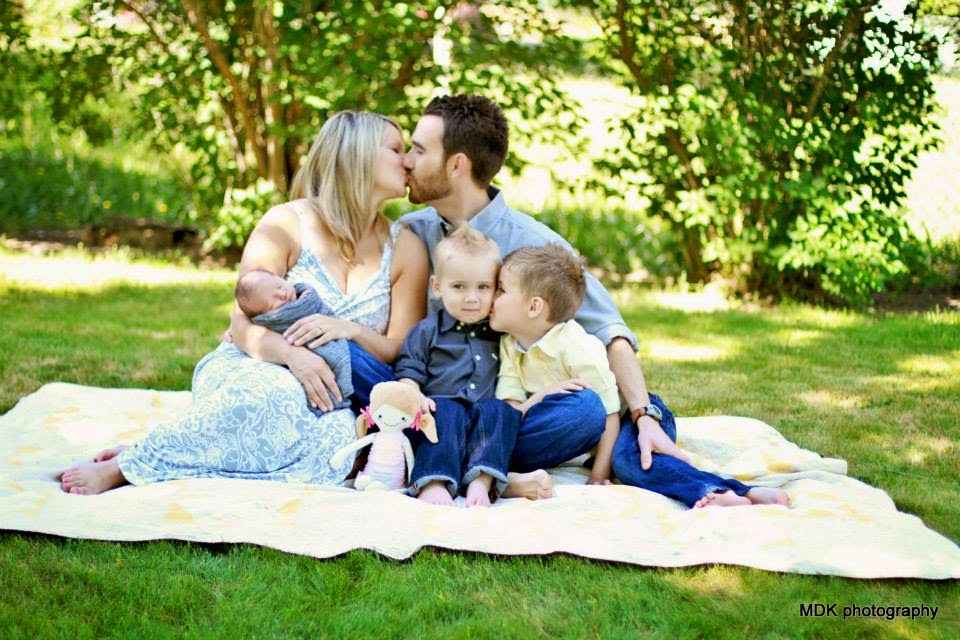 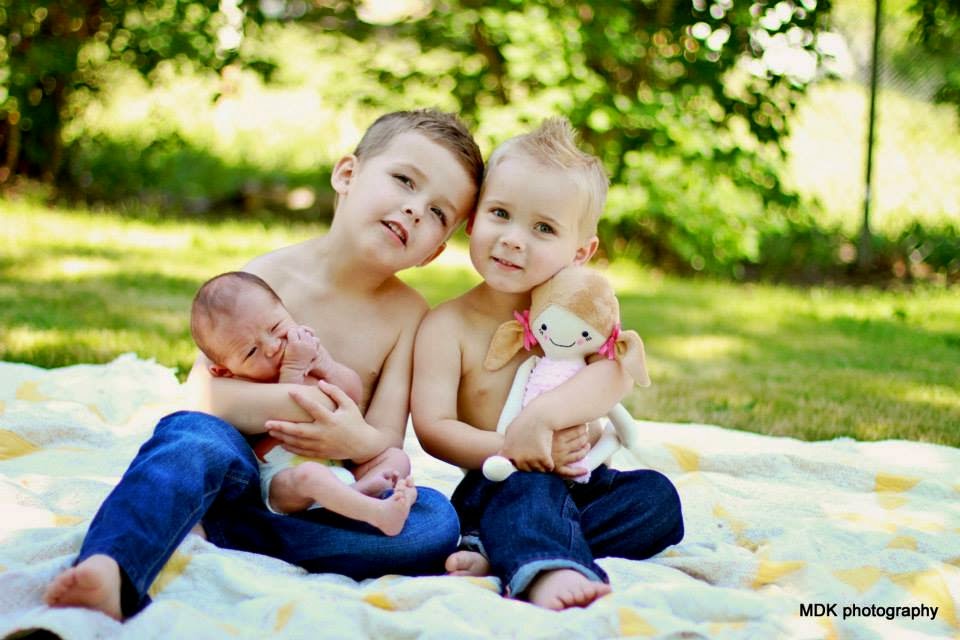 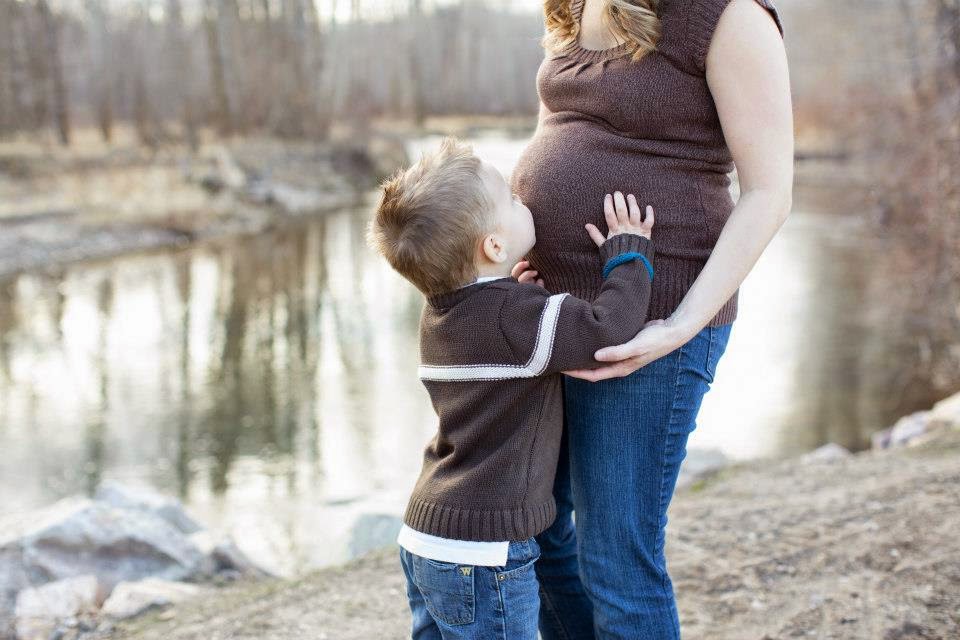